Thesis #30 – The forces of natural selection plateau at zero values at very late adult ages, and do not decline further for all subsequent ages. 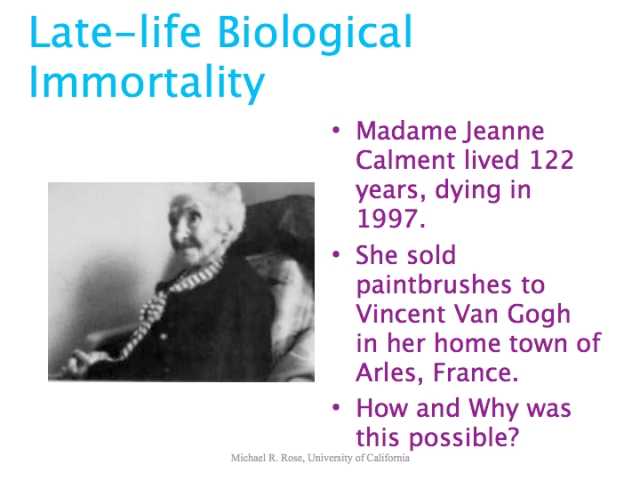 Thus the point that the forces of natural selection stop falling is key to everything that follows in the present re-visioning of the prospects for human health.  So you need to pay careful attention to this point, because it has the potential to change the lives of billions of people.

A brief detour into the history of physics is possibly instructive, even though I am not expecting you to worry about the details of the physics involved.  The hallmark of real science, as opposed to the trivia of natural history and cell biology, is that its equations can have spectacular consequences.  Thus the apparently simple equation  E = mc2   is one of the most practically important results in all of science, for the following reasons.  It gives the relationship between mass (m) and energy (E), when mass is converted into energy.  Little noticed by most people, who aren’t physicists after all, is the c2 term.  The symbol  c  in physics stands for the speed of light, which is a very big number.  Square it (multiplying it by itself) and you get an even bigger number.  This then implies that converting just a small amount of mass into energy will release a great deal of energy.  That in turn is what generates the tremendous blast force of nuclear weapons, because they contrive circumstances in which such a conversion of mass into energy happens quickly.  From the simple scaling supplied by c2 comes one of the most portentous technological developments in human history, nuclear weapons.

The result  E = mc2  was derived by Einstein and published in 1905.  It was part of Einstein’s re-structuring of the foundational theory of mechanics, by which the Newtonian tradition in physics was replaced with what is often called “modern physics.”  Modern physics is both counter-intuitive and devastating in its material significance.  If science were like religion or politics, activities which are guided by what is intuitively comfortable rather than true, modern physics would have been sternly rejected by the physics community, and Einstein’s 1905 papers would never have been published.

In this respect, conventional gerontology, and much of the cell-biological community which underpins medicine in our time, operates like religion or politics, not like physics.  Most gerontologists and most cell biologists don’t even want to think seriously about the implications of equations like Hamilton’s forces of natural selection; they aren’t scientists as physicists would use the term.  They are more like creationists than they will readily admit their views have more to do with what they find comfortable.

The mathematical result that the forces of natural selection eventually plateau implies that aging can come to a stop, which is as portentous for health as E = mc2 has been for warfare, as will be explained in detail in subsequent theses.  But the biomedical research establishment doesn’t want to deal with this; they would rather their cell-biological thinking go unchallenged.