Thesis #9 The forces of natural selection weaken with adult age in species that have distinguishable adults and no fissile reproduction.

So, which formal, mathematical, and computational tools should we start with?

Many of the key applications of 20th Century physics grow out of its key equations.  Atomic power and atomic bombs both grew out of Einstein’s result that  E = mc2 .  Television arises from the mathematics of the photoelectric effect, the result for which Einstein received the Nobel Prize.  And so on.

Are there mathematical results of comparable significance for 21st Century biology and medicine?

Yes, there are.  The first 8 of the 55 theses derive both directly and indirectly from basic quantitative results from evolutionary genetics.  With this thesis 9, however, we come to the most important equations of all for the new medicine of chronic disease, those of Hamilton’s (1966) Forces of Natural Selection.  In the references supplied with the 55, you can see the algebraic forms of the equations for these Forces, as well as graphical plots of them.  But in these 55 theses, I will explain them in verbal terms for the mathphobic who have had their quantitative imaginations neglected or destroyed by their formal education. 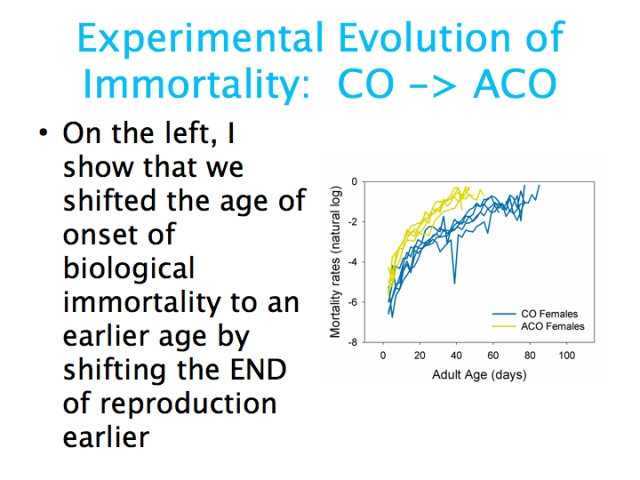